Acupuncture for Children and Teenagers

I’m constantly amazed at how well children and teenagers respond to acupuncture. I started treating children suffering from hayfever as young as 7 with auricular acupuncture (ear) a few years ago – with significant success. Parents were relieved that their children weren’t taking tons of medications, some of which no longer worked anyway. 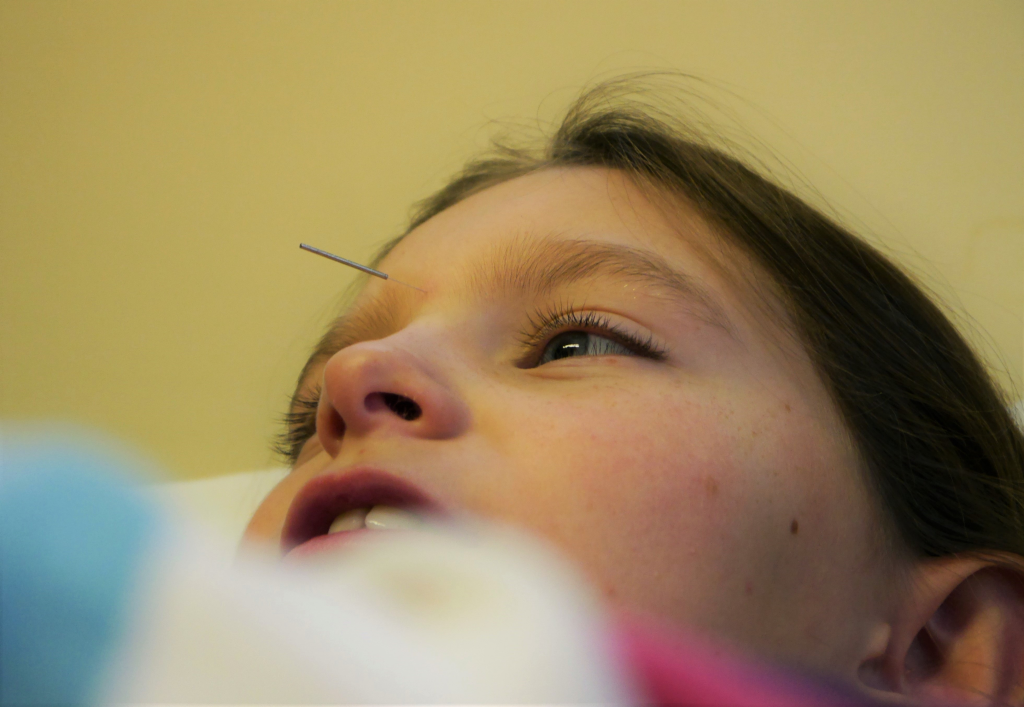 Acupuncture for children is becoming an increasingly common treatment for headaches, hay fever, gastrointestinal issues, back pain, depression/anxiety, and many other frequent health concerns. It is particularly effective for nausea and vomiting.

This year, I have been treating two boys of 10 and 11, one with hay fever and the other with general allergies, a 13 year old girl with acute anxiety causing her to blush and feel self-conscious, a 15 year old boy with significant anxiety and exam nerves and an 18 year old with very bad hayfever and lung issues.

Without exception, all of them have responded incredibly well and in record time. The younger children were understandably nervous of the needles but after the first appointment have just taken it in their stride – I’m told they even enjoy coming! What’s particularly gratifying is that at this young age, acupuncture is already a credible holistic health system that they can continue to access as they get older.

Of course, as a parent, you want to know that acupuncture works and that it’s safe. Occasionally mild side effects happen such as light headedness or a numb feeling at the needle site, but acupuncture in the hands of a professional acupuncturist is very safe. A review of the evidence is below:

Milly’s mother, Diana, brought Milly for treatment because of her increasing anxiety particularly in social situations, at school, causing her to blush which made her very self-conscious. After the first treatment, there was a real shift and by the fourth, she was calmer and felt much more able to cope. Her anxiety was virtually gone and if she did feel it rising, she was able to calm herself in minutes.

My 13 year old daughter suffers from the occasional but ongoing anxiety issues. I chose acupuncture because anxiety is a delicate issue that traditional western medicine was not able to help much with. Someone who had seen Rita before recommended her.

We both noticed gradually, and after only 4 treatments, that my daughter felt more at ease in certain situations which in the past would trigger her anxiety issues and treatment seem to help take the edge off.

Rita is an exceptionally warm person and this was extremely important for my daughter so that she could open up fully and feel understood and supported. Also, treatment room is very warm, Rita seems to fill every corner of the space with her affection. I would like to add that Rita really seems to really put her patients first as she is very keen on recommending complementary treatments and giving ideas  which are outside acupuncture, just like a reallygood friend would, for example CBT and similar. My daughter and I appreciated this very much indeed.  Diana, Milly’s mum

Oscar was really struggling with exam nerves, his sleep was affected and he was experiencing panic attacks. Initially he was extremely shy with me, but literally within minutes he was fast asleep on the couch and didn’t even wake up as I took his needles out! He literally went from extreme anxiety around his exams to simply feeling a natural apprehension and appeared to sail through. His sleep improved and he became positive and chatty. He still fell fast asleep during treatment though!

The exam anxiety was kept in check throughout his GCSE’s. From hardly feeling able to go to school or sit through a full exam, he  managed to complete every exam and keep on top of his sleep and mood. Amazing. Rita is absolutely lovely. She is very relaxed and put my teenage son totally at ease (not easy when you’re sticking needles in someone) The clinic room is also lovely. A very nice environment.   Nina (Oscar’s mum)

Jake was on permanent medication for general allergies that made him extremely uncomfortable: itchy, watery eyes, sneezing and runny nose. It made him quite miserable. He’s pretty much medication free now and just comes for top ups.

A huge shout out for our wonderful acupuncturist, Rita at Peachy Acupuncture.

My son has been suffering from awful allergies for years now which we’ve tried everything to cure. The doctors couldn’t help or advise and the specialists weren’t much better. Within a month of having acupuncture the symptoms have completely gone. All I can say is it’s a miracle and so is she!    Henrietta, Jake’s mum