Runny nose, itchy, streaming blood-shot eyes, wheezing, heavy head and interminable sneezing? Yes the hayfever season is well and truly here. Symptoms usually start in February and for some people may continue until October. It can be pretty miserable. Astonishingly anywhere between 10 and 40% of the population worldwide are affected.

I’m a sneezer. Loud and repetitive, much like a croaking machine gun that frightens those around me. Attractive it’s not. But I consider myself quite lucky, I’ve seen clients whose lives during the season are almost intolerable.

I remember a boy at school, whose hayfever was so bad he had to be put on steroids just to be able to get through his exams. Nowadays, modern anti-histamines or steroidal nasal sprays may reduce the worst of the symptoms but it does mean you have to take drugs all the time to keep it at bay. Whereas acupuncture can work incredibly quickly in reducing or completely eradicating symptoms.

Auricular acupuncture, where tiny needles are placed around the ear, is the most effective treatment, but, this is often supported by body acupuncture and/or Chinese herbs.

It can take as few as two or three treatments for a significant change to take place, and if you start before the season you could avoid it that year. It may even go permanently.

Start enjoying Spring instead of sneezing your way through it.

Read about Priscilla and Myles’ experiences: 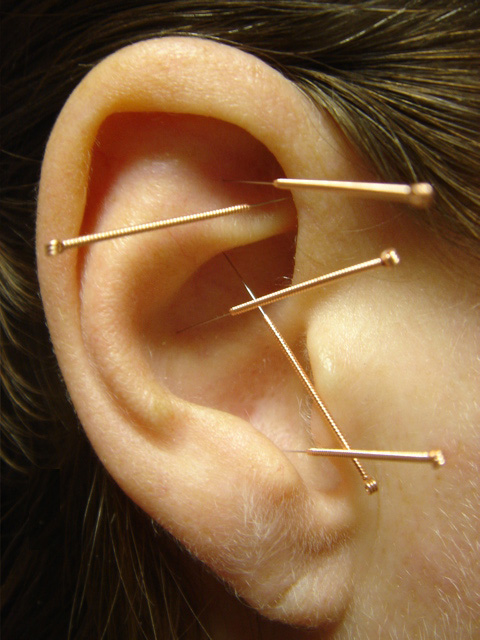